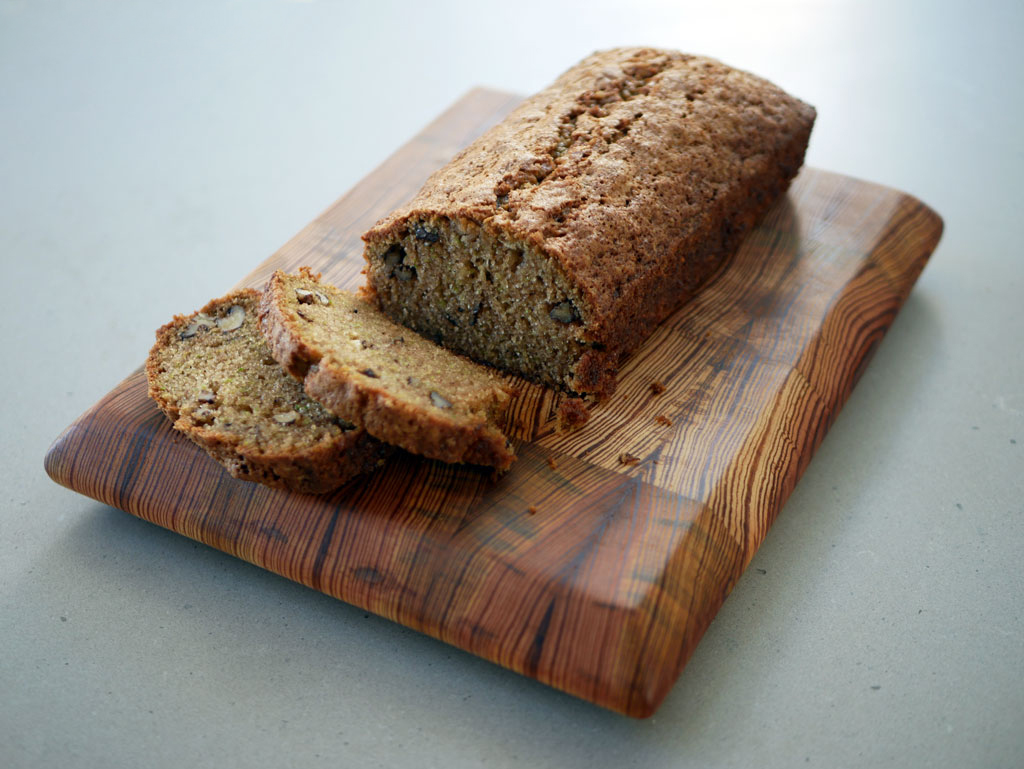 Last June I traveled to the United States. Yup, for almost a whole month. I ran away from work, chores and baking and tried to enjoy a month without worries. I returned back home two days ago, but my head is still there. Still enjoying another piece of this cake, which now is going to be a regular guest in my house.

I visited seven big cities. In Washington D.C., I had a warm welcome from Sharon and Yonatan, who made sure a home-cooked lunch was ready when we landed, which included Daniella’s banana muffins. In Orlando, I visited Harry Potter in his enchanted world and was captivated by Disney’s Animal Kingdom. In Boston, I visited my dear friend Michal and her adorable bunnies. In St. Louis, I rode to the top of the Arch. Two hours from Austin, I visited Regan’s ranch where he had created this beautiful cutting board (see picture above) by his own two talented hands. In New Orleans I melted from the heat and in New York I did some shopping.

It was a dreamy trip, but every dream comes to an end, and here I am now, back home and back to my daily routine. For a soft landing, I baked a beautiful cake I ate at the home of my second family in St. Louis. Jean made her famous cake. A cake that is soft, moist and yet crunchy from the nuts inside, with one odd ingredient: zucchini! At first, a vegetable in a cake didn’t make sense to me, but after the first bite I forgot about it and moved on to the second and third bites. 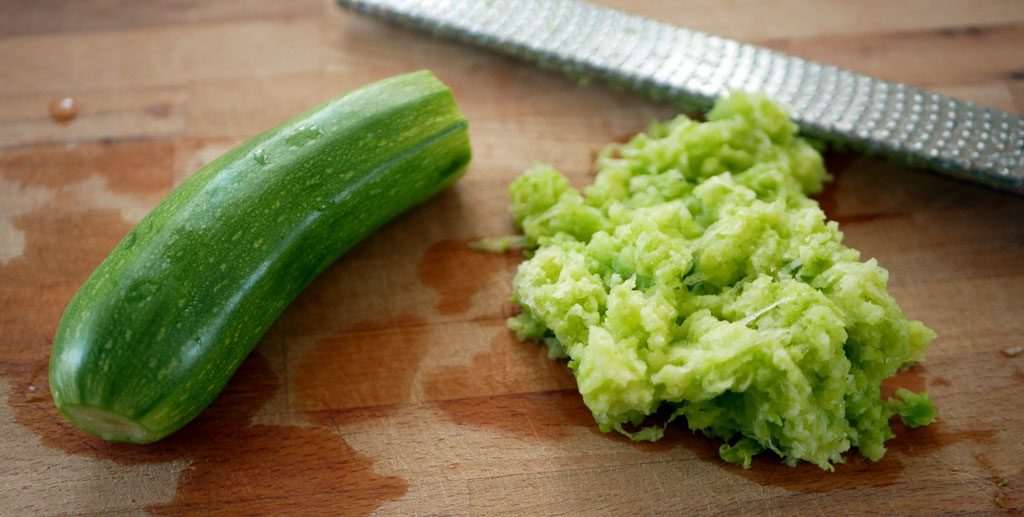 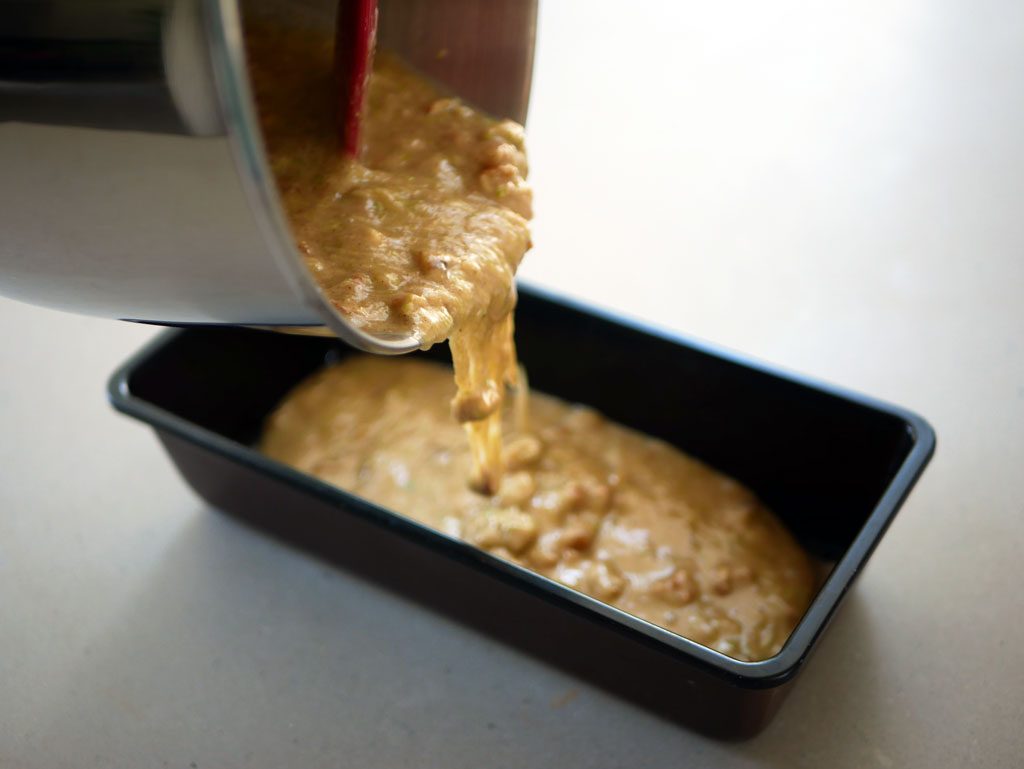 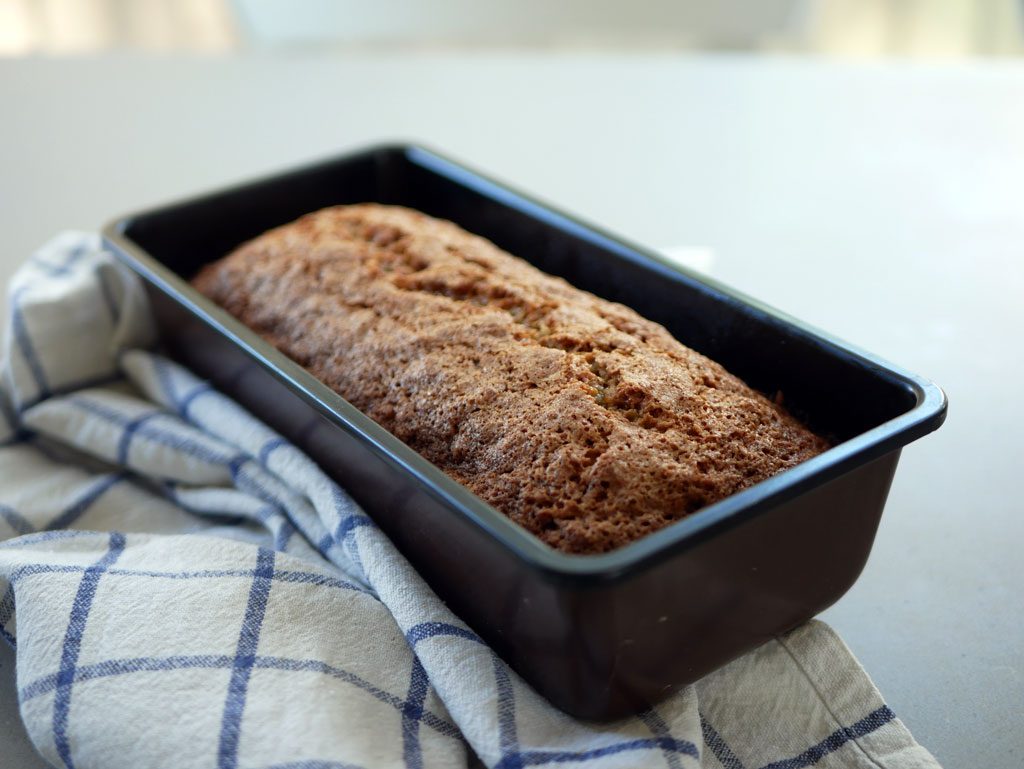 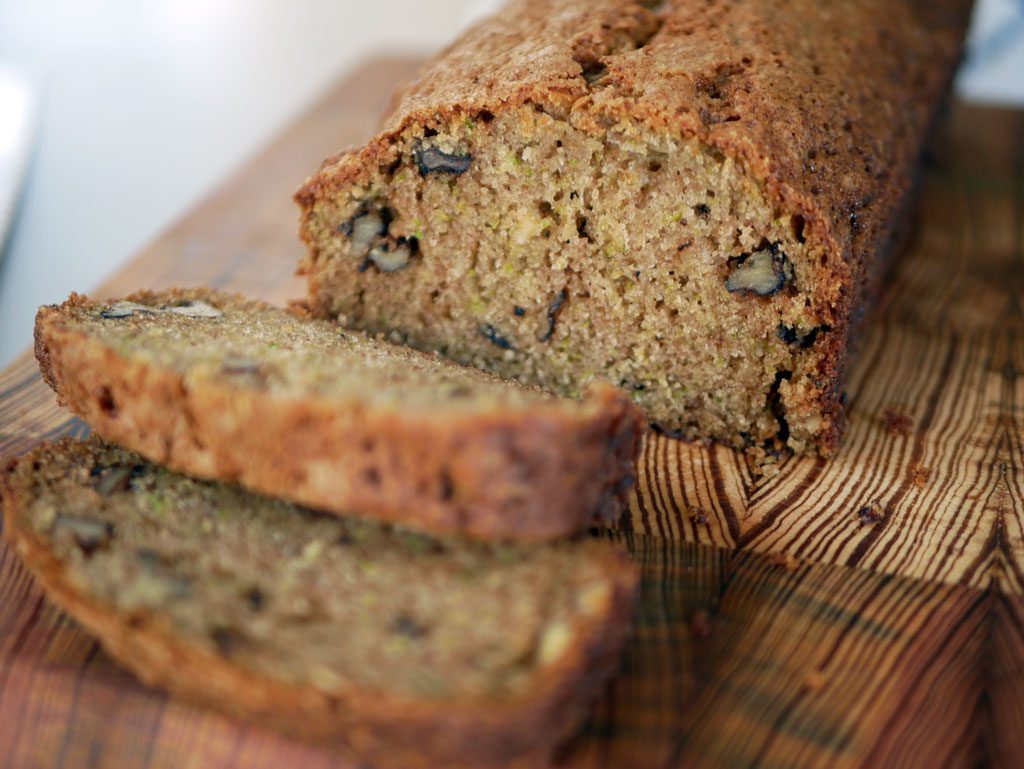 Grease the baking pan with a thin layer of oil. Line the bottom of the pan with baking paper.

Sift flour, cinnamon, baking soda and baking powder into a bowl. Add salt and sugar and mix until uniform. Set aside.

Whip the eggs on medium speed until you get a foamy texture. Add canola oil and vanilla paste and mix until uniform. Preheat oven to 175° C (350° F).

Add the powder mixture to the batter and mix until uniform. Please note (!) Once the flour is combined in the batter, do not overmix. The mixture will look dry and its texture will resemble cookie dough. It’s okay though, the zucchini will fix it.

Add the grated zucchini and mix with a spatula until uniform. The mixture will now look more like cake batter, as it should be. Add the chopped walnuts and stir lightly.

Pour the batter into the baking pan. Place the pan in the oven and bake for about 40 minutes. Stick a toothpick in the center of the cake to check if it’s ready. The toothpick should come out almost dry, with just a bit of crumbs.

Remove pan from the oven. Separate the cake from the sides of the pan using a serrated knife. Allow the cake to cool at room temperature for about 10-15 minutes before releasing from the pan.

Keep the cake in room temperature up to two-three days or in the fridge up to a week. 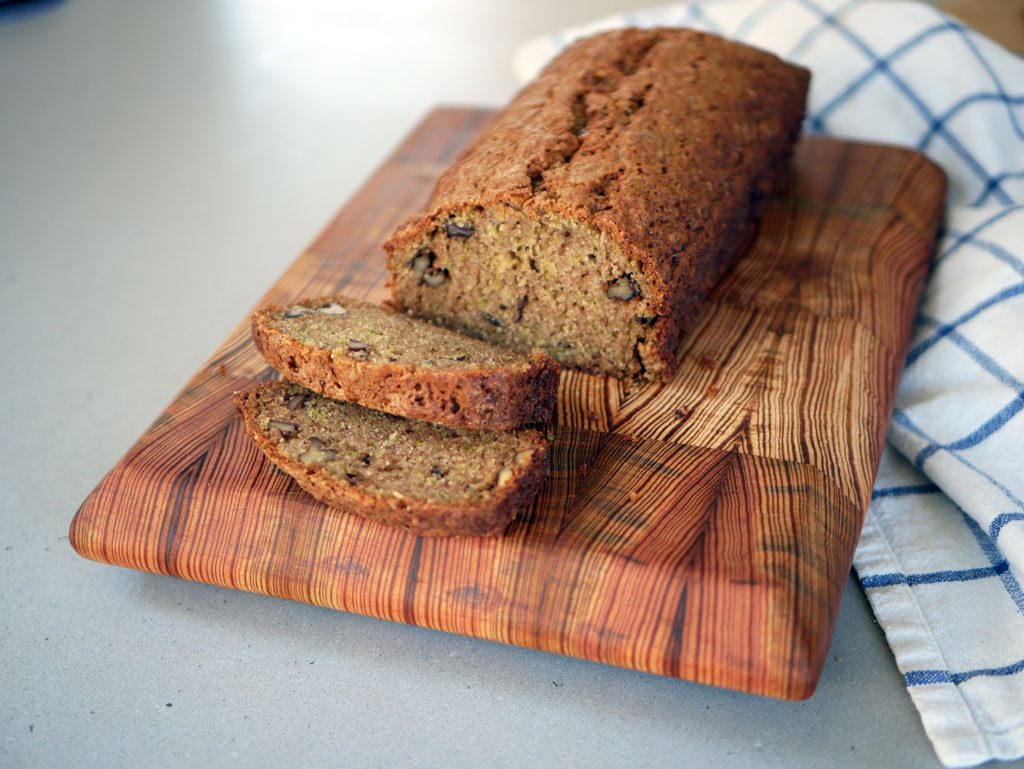 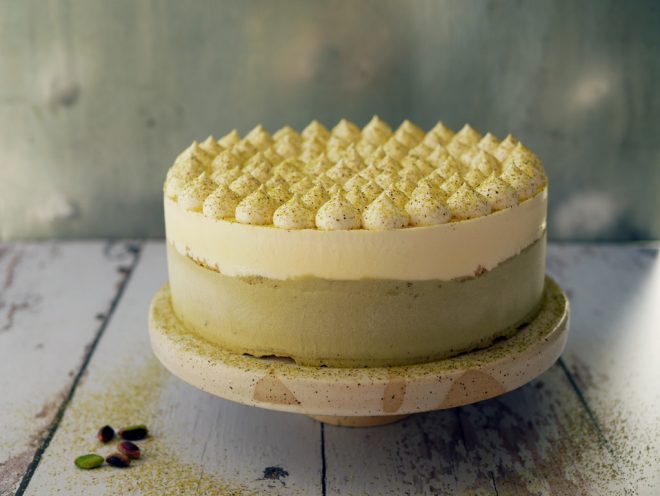 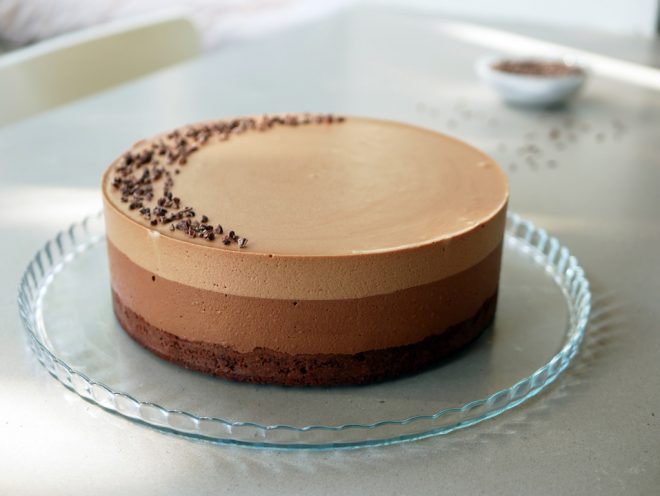 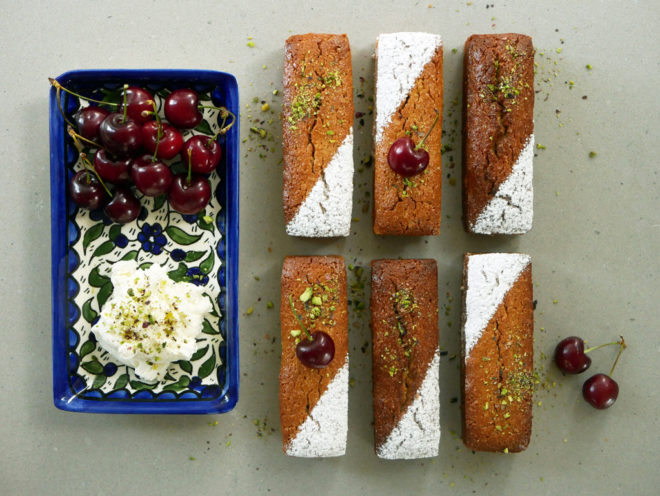