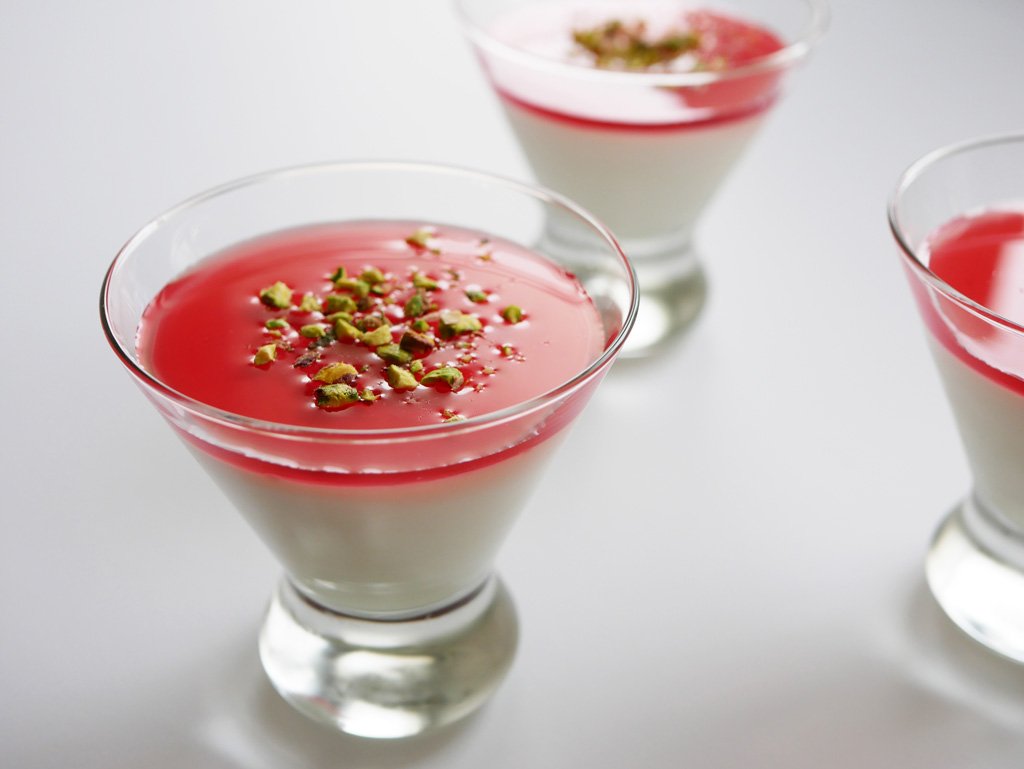 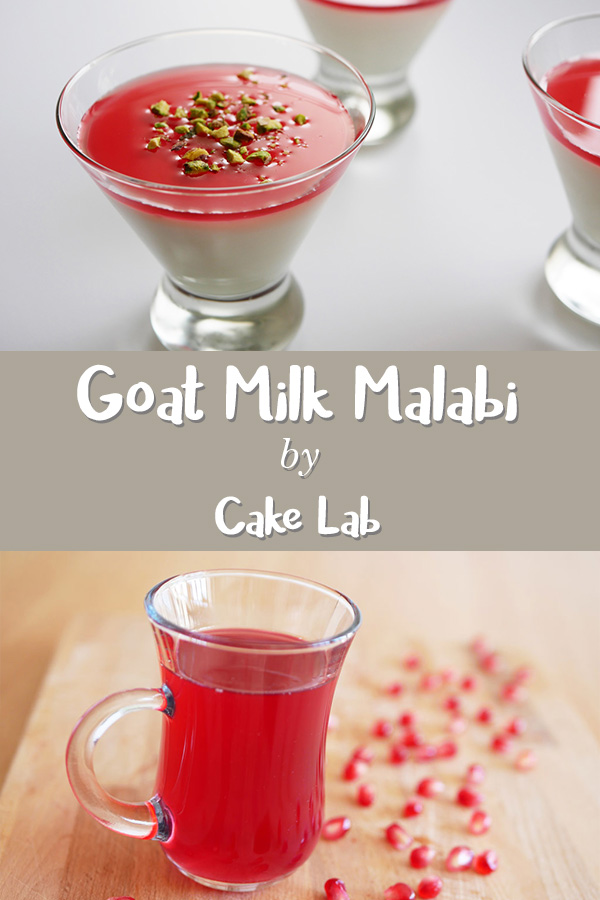 Canker sores can really ruin my week. For those of you who don’t know what those are (I’m jealous) – they’re little white sores that show up inside your mouth. They are the modern version of medieval torture.

I used to get a lot of canker sores, every few weeks. I would try drinking tea to relieve them, I’d use all kinds of creams, but once one would disappear, another would appear and bring me right back to where I started. After receiving a number of recommendations from friends (thanks Nurit!) I decided to switch from regular cow milk to goat milk. It changed my life. I don’t get canker sores anymore (unless I bite my lip by accident) and the smile has returned to my canker sore-free lips.

The following malabi recipe is a beloved recipe I got from my mom. Malabi, for those of you who don’t know it, is a creamy pudding eaten in Mediterranean and Middle Eastern countries. It’s served cold with sweet red syrup and chopped nuts sprinkled on top.

The classic malabi syrup usually gets its red color from food coloring. Instead of using food coloring, I decided to substitute half of the amount of water with pomegranate juice, which gives the syrup a natural reddish color (it depends though on the pomegranate and the season it’s picked from the tree) and it adds another layer of taste to the malabi. 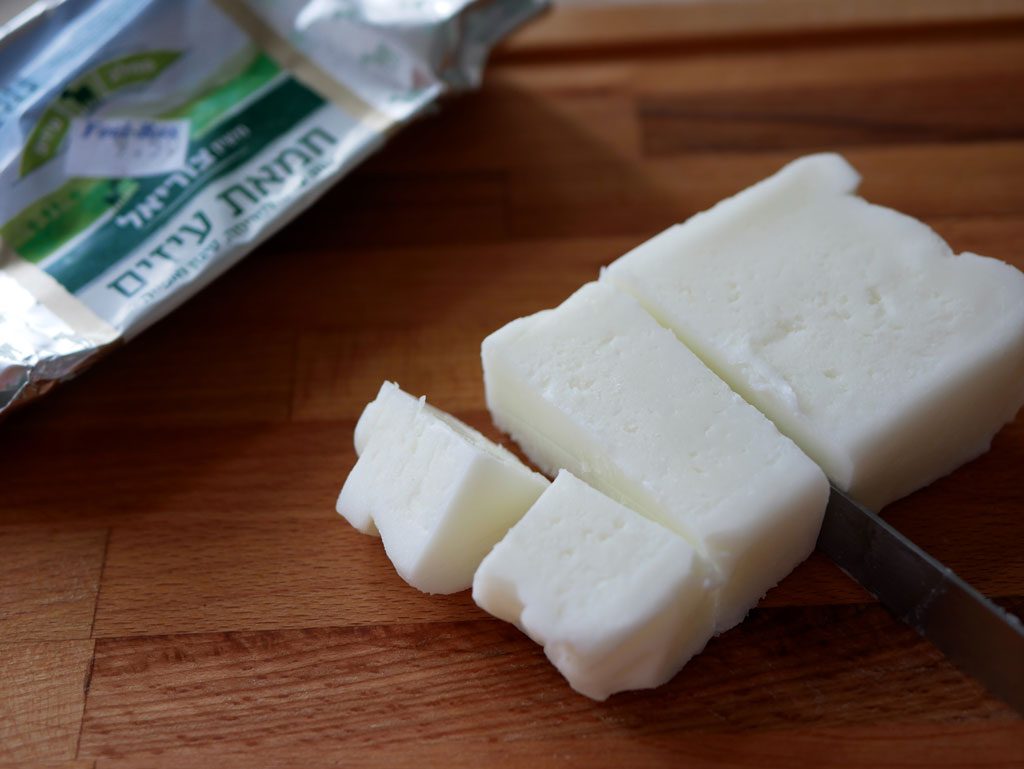 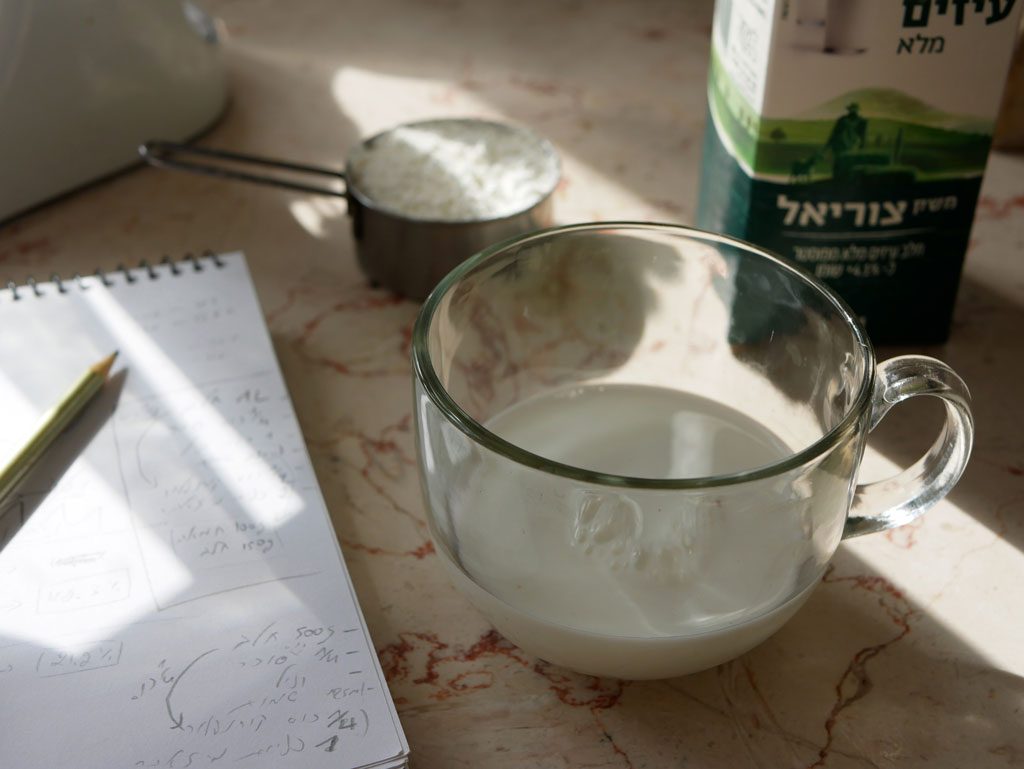 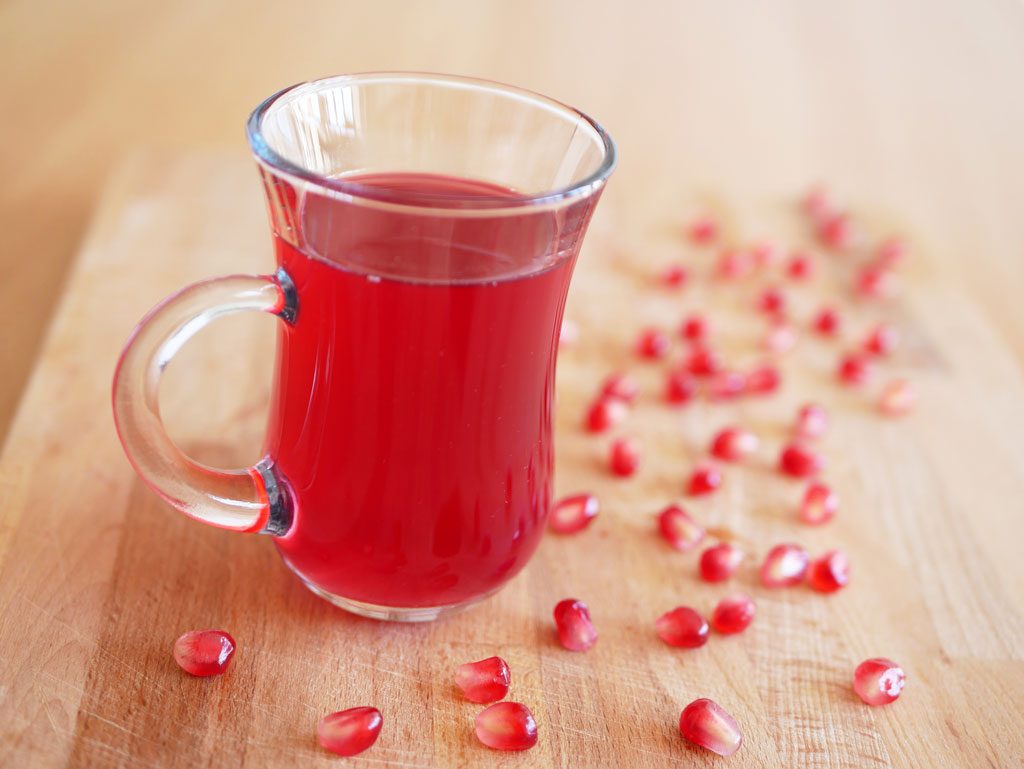 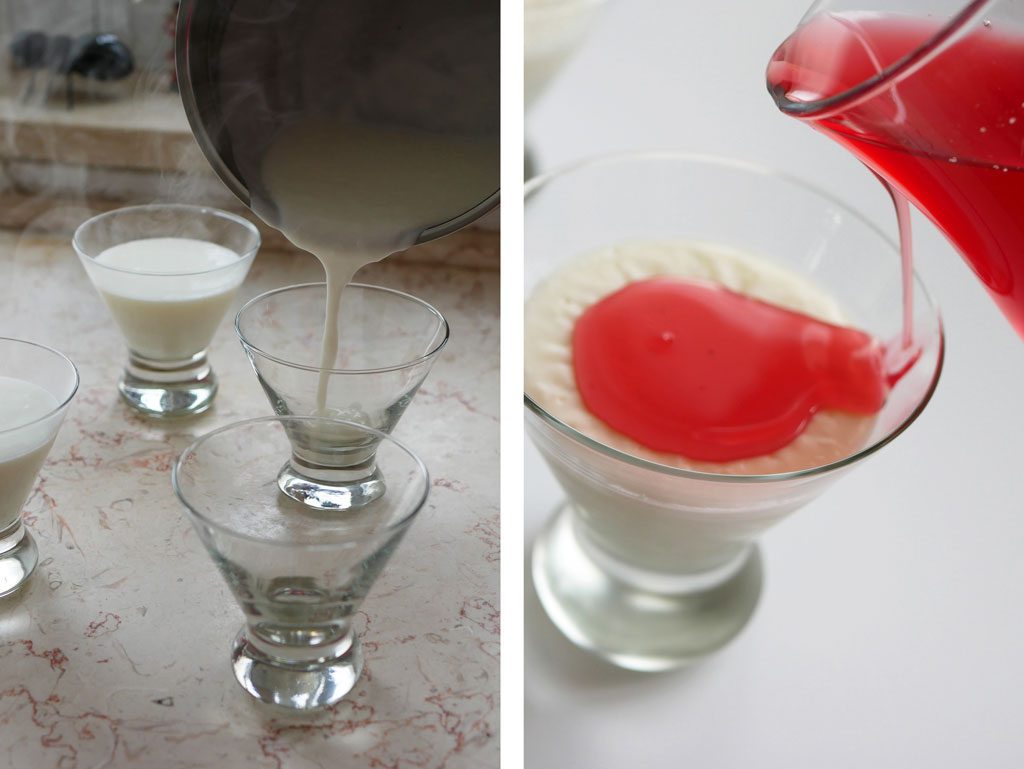 The day before, cut the butter into cubes and put them in a blender (a food processor will also do the trick). Warm the milk on high heat and take off the stove right before it boils (don’t let it boil). Pour the hot milk into the blender and mix with the butter for 30 seconds until it reaches a uniform consistency.

Transfer to a small bowl, cover and refrigerate overnight. Before use, mix it well until it is thick and smooth, like heavy cream.

Pour ½ cup milk into a small bowl and put aside. Put the rest of the milk in a medium to large saucepan.

Add sugar and vanilla paste to the saucepan and mix. Remove the heavy cream from the refrigerator, mix well with a teaspoon and add to the saucepan. Mix again. Heat on high heat.

Add cornstarch to the bowl with the milk you set aside, and mix immediately and well until there are no globs left. When the batter begins to boil, add the milk and cornstarch mix to the saucepan and mix until it thickens and bubbles. Add orange blossom water and mix. Immediately pour into cups or small bowls and let them cool a bit, then put inside the refrigerator for a few hours until they stabilize.

Before serving, pour some syrup on top and sprinkle chopped pistachios, coconut or any other topping you like.

Pour water and pomegranate juice into a small saucepan. Add sugar. Bring to a boil and leave on high heat for two more minutes. Remove from the stove, add orange blossom water and let the syrup cool completely before pouring onto the malabi.

It’s better to add the syrup immediately before serving, or else the syrup will sink and the malabi will swim in it. 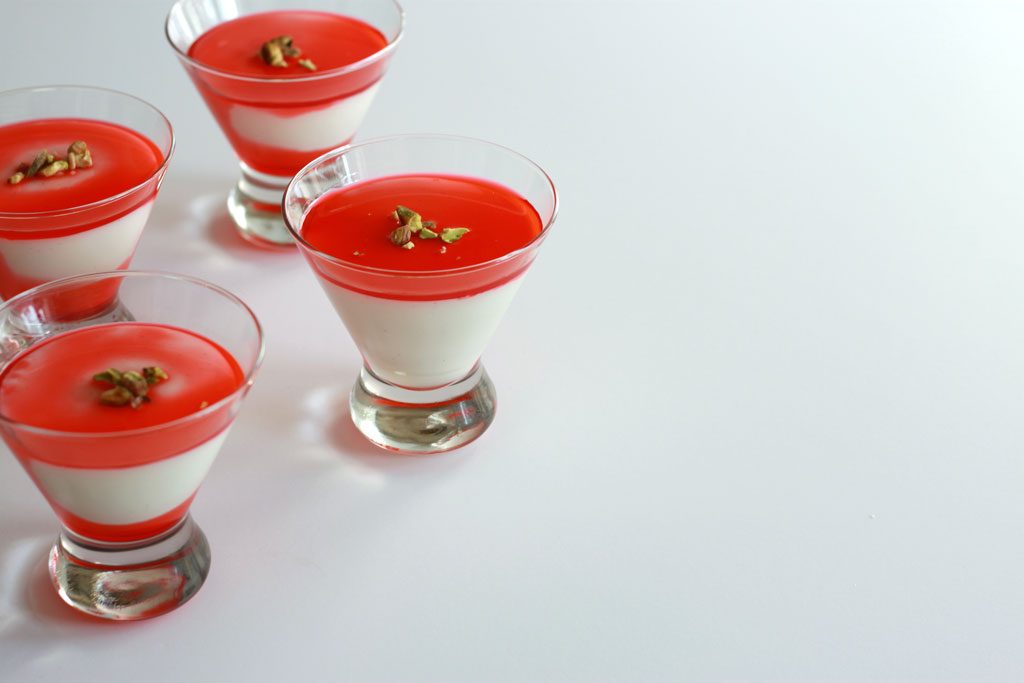 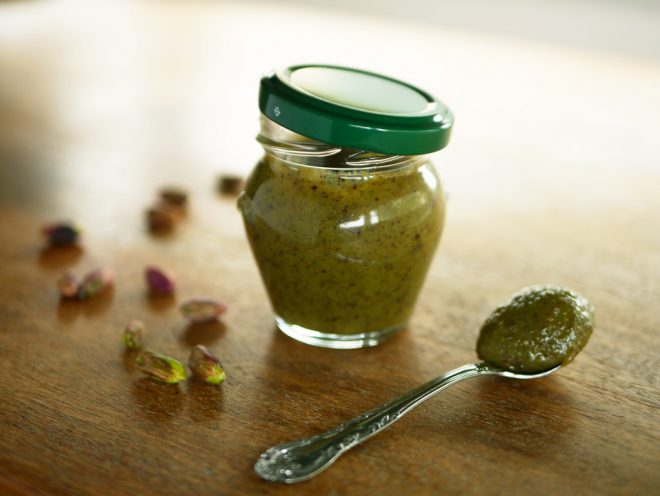 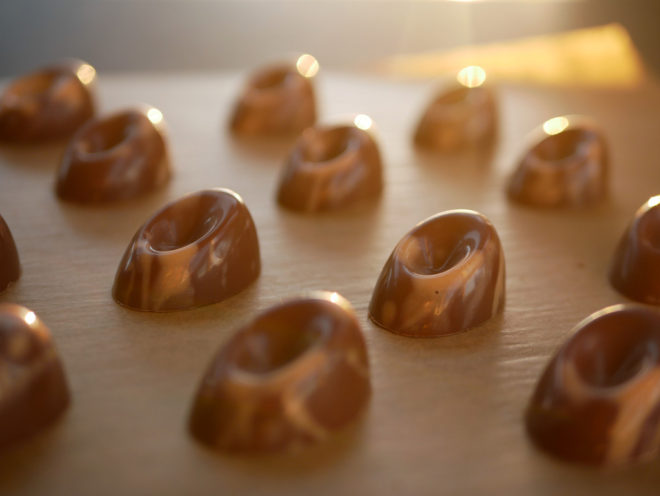 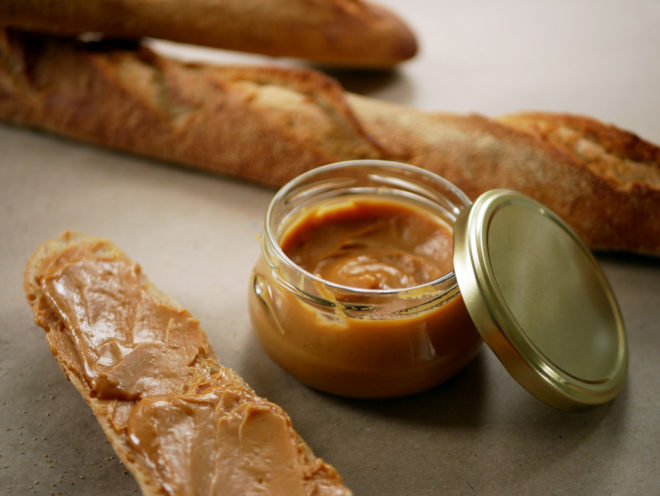