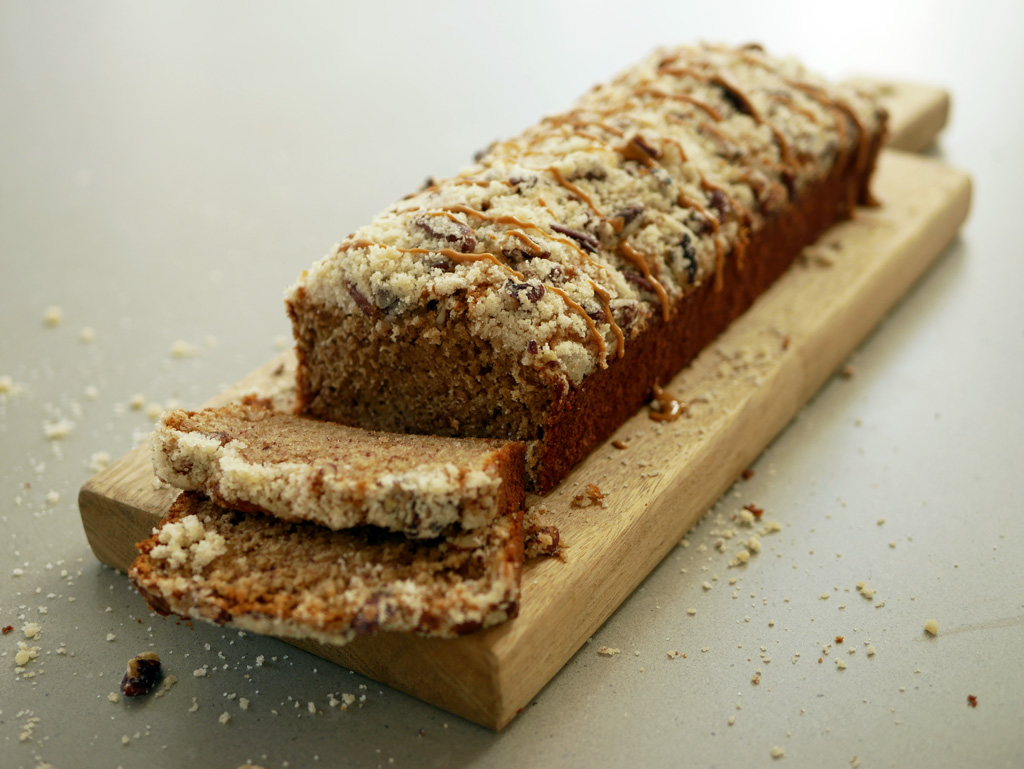 This banana cake is actually an upgraded version of my last birthday cake. True, it sounds a little strange that an English Cake would be considered an upgrade over a tall and festive birthday cake, but don’t judge a book by its cover.

With all my love for a fancy cake, the combination of banana cake and chocolate flavored buttercream didn’t excite me much. I promised myself I’d work on a better recipe. I finally found the opportunity on Arad’s birthdaly. Or at least I thought so.

Arad belongs to Tia and Maor. She recently celebrated 2 years. For her birthday, Tia asked me to make her a banana and peanut butter cake shaped as Elmo from Sesame Street. At first I hesitated, especially after the less successful banana cake from last time.

I decided to give it a go anyway. Unfortunately, I didn’t have enough time to work on the recipe so I ended up making a chocolate Elmo cake. Arad was charming as always and loved the cake as is.

I finally had time to work on the recipe for Betty & David’s goodbye party. I baked several desserts for the event. Most of them I kept in the fridge, except this cake that I kept on the kitchen window sill.

We had a very big meal. So big that I started to doubt if anyone would even touch the desserts. When the big moment arrived, I took all the desserts out of the fridge and put them on the dining table. I approached the window sill and was surprised to find that half of the cake was already gone.

It turns out that the guests nibbled on the cake throughout the evening. And then went on to demolish the rest of the desserts in no time. It was definitely a good evening and without a doubt a tasty banana cake.

Put flour and sugar in a small bowl and mix together. Add the chopped pecans and mix again. Add the oil and mix with a fork to get a uniform mixture. Keep in the fridge until use.

Grease the baking pan with a thin layer of oil. Line the bottom of the pan with baking paper. Sift flour, baking powder, baking soda and cinnamon into a bowl. Add salt and whisk well. Keep aside.

If the butter is not soft enough, heat it in the microwave in 5-second pulses until you get a mayonnaise texture. Add the butter to the mixer bowl. Add white sugar and brown sugar to the bowl. Whip on medium-high speed until the mixture is pale and thick (about 5 minutes).

In the meantime, prepare a double boiler: fill a saucepan with a little bit of water, bring it to a boil and lower the heat. Add the eggs gradually to the butter mixture (wait each time until fully incorporated). Scrape the sides of the bowl occasionally.

The batter might separate after adding all the eggs (due to oil and water separation). This usually happens when the ingredients don’t have the same temperature before being combined. Don’t worry, we’re going to fix it soon.

Mash the bananas using a fork. Add the banana mash to the batter gradually and mix each time. There’s no getting away from it. At this stage the poor batter will probably separate. How do you fix it? Set the mixer bowl on a double boiler on low heat and start whisking. This will fix everything (just like a little miracle).

Pour the batter into the baking pan. Sprinkle the pecan crumble over the batter. Place the pan in the oven and bake for about 30-35 minutes. Stick a toothpick in the center of the cake to check if it’s ready. The toothpick should come out dry.

Remove pan from the oven. Separate the cake from the sides of the pan using a serrated knife. Allow the cake to cool at room temperature for about 10 minutes before releasing from the pan. 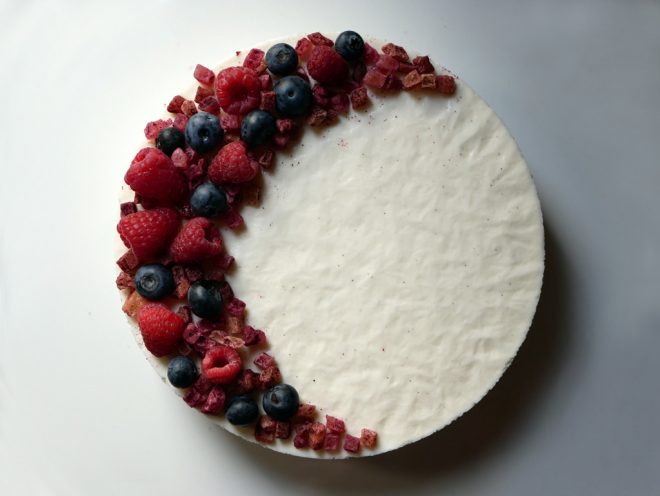 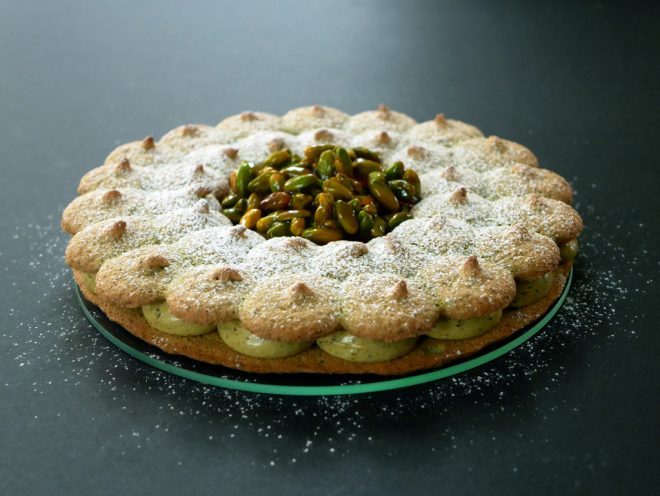 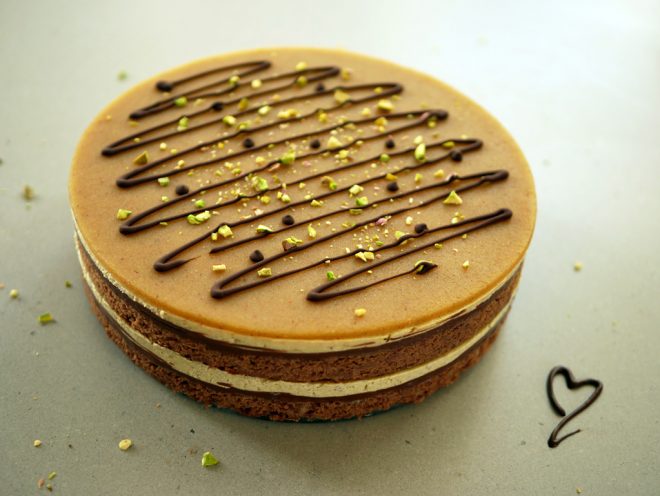